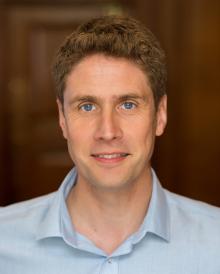 Pete is one of Britain’s busiest and most widely-recognised voice artists. He has spent more than 15 years building up an impressive client list. For five years, he was the signature voice of BBC Radio Five Live, and has been a frequent narrator for National Geographic, History and Biography Channels, and has also voiced documentaries for VH1, ITV, and Channel 4. He’s also particularly experienced as a promo voice, having voiced regularly for nearly every BBC channel via Red Bee Media, as well as Channel 5, Channel 4, Virgin Media, National Geographic Channel, History Channel, QVC, and several overseas channels via Vubiquity. Pete earns his daily crust from voicing radio commercials and corporate videos, but has also voiced many major TV campaigns, including Garnier, Nokia, Snickers, AA, Suzuki, Calgon, QuickBooks, Touchnote and Head & Shoulders. He has several years experience writing and voicing continuity links for for FTN and Living2, but is best known in certain circles as the voice of the character Hoxton in the Overkill game “PayDay: The Heist”.