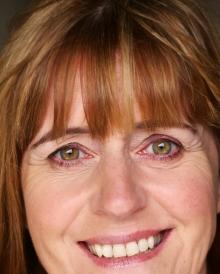 Diane is a Scottish Voiceover who has a light central Scottish accent which is considered to be fairly neutral with a versatile delivery style capable of performing a variety of age groups. Diane trained with Bauer Media giving her the opportunity to work initially in commercial radio which led to a more extensive range of corporate voice overs for numerous types of businesses and organisations - from the BBC to banks to Public Sector bodies and beyond. She has amassed a huge array of work spread across numerous clients Some of the examples of this wide ranging portfolio include voicing the venue announcements for the Glasgow Commonwealth Games 2024, BBC Bitesize, ADR for Outlander and being the voice on Abellio trains throughout Scotland as well as numerous audio books and IVR's. Diane also won the Best Overall Performance for Telephony/IVR at theOne voice Awards 2019. She has a professionally kitted out home studio which allows a quick turnaround for high quality recording. Diane has Cleanfeed, Source Connect Now and Sykpe.