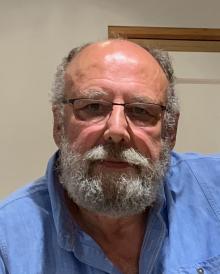 Stephen was born in London but brought up in North Wales from the age of two. He has lived in South Wales with his wife, former Welsh actress Helen Cleaves, for over 45 years. Stephen is the official biographer of Llanelli’s Gareth Hughes, the first Welsh film star and regards the research of Welsh media people as a professional hobby. His Gareth Hughes web site has been recognised by the National Library of Wales and the British Library as being an important part of Wales’s documentary heritage and included in the UK Web Archive. Stephen is also a World War One historian being an expert on the unique, Welsh unit the 130th (St John) Field Ambulance. Stephen and his wife run the Black Vein Miners Memorial Society, which takes care of a private burial ground and commemorates the lost miners of Risca.