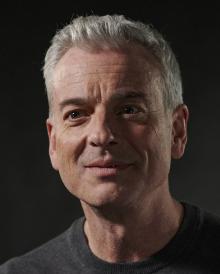 Sam recently played Frank in The Krays - Code Of Silence. Released December 2021. Having been touched by the genius of the late Stephen Sondheim, Sam was lucky enough to be cast and directed by Sondheim as the leading man Gene Gorman, in the world premiere of Saturday Night in the London West End. From a theatrical family, Sam first appeared on stage in a world renowned production of Madame Butterfly for WNO. The younger son of Henry Newman and Peggy Troman, who both led careers as principal opera singers. Sam's childhood schooling started in Guildford, Surrey. Sam was inspired to become an actor by the Paris Film Festival whilst living there at the age of 17. It was the experience of immersing in a different language and culture which helped to shape his future as a British actor. At 18 he came back to the Uk and started forging his career. He then took off to London where he lives permanently. He enjoys his roles in film, television dramas and comedies both on screen, and on American and British stage. In recognition for his role of John Roika in the film The Last Chance, he won the best actor award for L.I.F.A. His West End appearances are numerous, and he has become a semi regular on UK television. Sam was born in the UK, and has lived in New Jersey, Los Angeles, Paris and London. He trained as an actor at Montclair State College New Jersey and completed a BA (Hons) degree in drama at Middlesex, and continues to explore many forms of story telling, though film remains his passion.