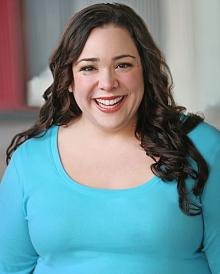 Maria is an award-winning working voice actor from New York and has been an entertainment industry professional for over fifteen years. Maria maintains a a fully-equipped professional home studio. On the screen, Maria starred as Eunice, the evil lunch lady, on TEAM TOON - a hybrid live-action and animated show from Cartoon Network that is now streaming on Netflix! Maria has also been seen as a recurring character on Lifetime's hit show ARMY WIVES and supporting in the hit film ENGLISH VINGLISH which premiered at the Toronto International Film Festival. She co-wrote, executive produced and starred in the hilarious web pilot THIS JUST IN. Maria is also a regular cast member and executive producer of the Broadway webseries PZAZZ 101. Check out Maria's theatrical reel and a live cabaret performance below! Maria grew up in Buffalo, New York and graduated from Binghamton University. She is a member of World Voices (WOVO), Voxy Ladies, The National Association of Women Business Owners (NAWBO) - Buffalo/Niagara Chapter, American Advertising Federation - Buffalo Chapter and the Buffalo Broadcasters Association. In addition to her acting career, she has worked as a New York City sightseeing tour guide (on the big red buses!) and served as a mentor to high school students with iMentor.