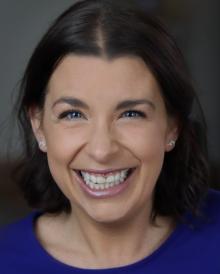 Bringing a little bit of real life into the Voice Over world. My Authentic, relatable, conversational style is used time and time again by many happy clients. I grew up in Salford, Manchester in a typical working class family. The dream was alway to be an Actor and I attended a local drama class and landing my first leading role in ITV's Childrens ward at the age of 13. The work continued and I spent most of my teens and early twenties playing leading roles in British Television drama. Then in 2007 I was approached by Endemol to voice one of their reality TV shows and my Voice Over career began. They were really interested in exploring my cheeky, playful, northern charm and it complemented the show really well. The instant excitement that the variety and challenge of Voice Over brought, made it my new passion, and the work kept coming. I continued to work as both an on screen Actor and a Voice Over. I landed roles in ‘The Street’’, The Innocence Project’, ‘Shameless’ and ‘Casualty’. I also narrated reality shows for Love Productions, CAN Associates, as well as campaigns for brands such as NHS, Heinz, Sony, Britvic and many more. I have a Professional Studio which means I can provide great sounding audio with a very quick turnaround.

Customers can now pre-load your account with credit via a BACS payment. Give us a call for more details. #futureofvoAugust 30, 2021