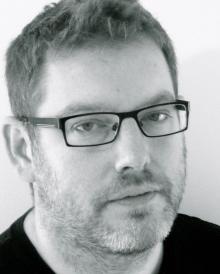 Rich Cope is the definitive Thirtysomething male UK voice artist. A versatile tone that’s as warm and rich as it is young and fresh. From friendly, engaging corporate and commercial reads, through to the bite and growl of contemporary radio station imaging, Rich’s voice is at home in a broad spectrum of audio and video productions. With a background in radio creative, Rich knows what it takes to deliver professional voiceover performances that answer the brief every time. As a result, he responds well to direction and works in harmony with the producer to ensure complete client satisfaction. It’s Rich’s commitment, creativity and attention to detail that impresses producers and clients alike. After graduating in Media Production and Technology at Farnborough College, Rich began his radio commercial production career in 1998 at Bulletin Communications. Honing the crafts of creative copywriting and audio production and making hundreds of radio ads for stations across the UK, it’s here that he first dabbled in voicing. Rich went on to work as a Creative in a number of radio stations – including Signal Radio, Southern FM, Power and Ocean FM, and Wave 105. It was at Wave that he stepped the voice work up a gear when he became Station Voice in 2009. This led to other station voice work with UTV Radio, Sunshine Radio, Magic 105.4 and Internet stations Artist Controlled Radio and Immense Live. With his advertising creative background, Rich has a natural empathy with commercial reads, and can deliver a breadth of straight voice and character voice styles. Whilst the inherent smooth texture of his voice is well-suited to corporate and E-Learning productions – a tone that’s easy to listen to when having to absorb a lot of information!